Back for its 45th year the ever popular Parbold Hill Race is now available to enter.

Although it is just over 4 months away, with only 500 places available, it is wise to enter early to avoid immense disappointment on the grandest of scales. There was a great turnout from the striders last year which resulted in the mens team winning, and it would be good to pick up a few more prizes for the club this time around.
This race is the 14th race in our clubs MTCT season, taking place sat 14/02/15.

If you need refreshing on the race take a look at Eunice's article in the Striding Report (March or May). Mud, hills, streams, old windmills, hay bail obstacles, stag-do's in mankini's, and suspicious looking cows, what's not to like!

I've entered it! Hopefully I won't do a Rachel Rick and enter it again later. Maybe I can come back to this post to remind myself.

I'm in. Definitely the best race in the world, can't wait

Doing Born Survior this week end in preparation - Parbold Hill 2015 Bring It On ....

Totally agree with all being said above, although I have one piece of advice from past experience...
I would wait to enter until they release the pdf entry form, I found that getting your bib posted at home is much better than online entry, meaning no queues whatsoever on the day!

If Carlsberg did races, Parbold would still be better....

Saturday 14th February 2pm, put it in the diary and make sure you're there for all the thrills and spills. I know it's Valentines day, but come this is Parbold!

Last year our men got 1st A team and the 1st B team (5th overall), and our women got 5th. Let's get a good turnout and clean sweep the prizes!

Good timing Neil!!
Got my bib in the post today...

just to remind everybody, have a look at this set...

If anyone was looking at getting a pair of off road shoes, Pete Bland Sports are having reductions on their autumn / winter stock, i.e. trail / fell shoes etc upto 50% off.
So if you were intrigued with off-road running but didn't want to fork out huge amounts in case you won't enjoy it (I seriously doubt it though!), this might be the sale for you!

Anyone looking to car share, meet us at Garston @1230

Apologies,
That was meant to read..
Leaving Garston @1230 sharp!

Entries are now closed and race is full. You can add your name to a waiting list if that's any solace!

I'll be at Garston for some car sharing if that's okay!! Looking forward to loosing my Parbold virginity!

There's no way back from there thought..

come on, I know you're jealous now...
don't worry, there's always next year!
if you can wait 12 long months 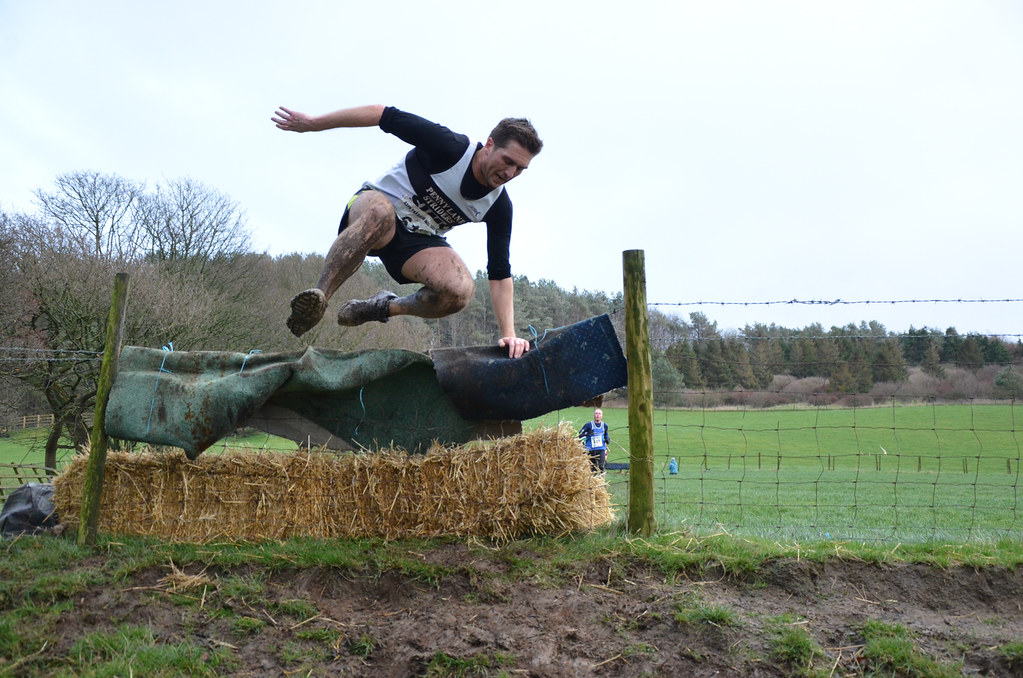 Good luck everyone and enjoy it!
I'll be queuing up in The Farmers Arms with fingers crossed that someone drops out...otherwise I'll be chasing you around the course, shouting words of encouragement in the form of Lawrence Eccles put downs!

NO WAY!!
I thought you were in Neil

Cheers Marty, feel like Cinderella being able to go the ball, a muddy one at that! Ha ha

Daniel san,wax on wax off when you finished here hey ;-)

Neil's the man now even though he's afraid of cattle grids.

Cleared it like Carl Lewis, always fearful my leg is gonna fall through it and snap in half!

You would, if you had feet size of a lamb thought ;-)